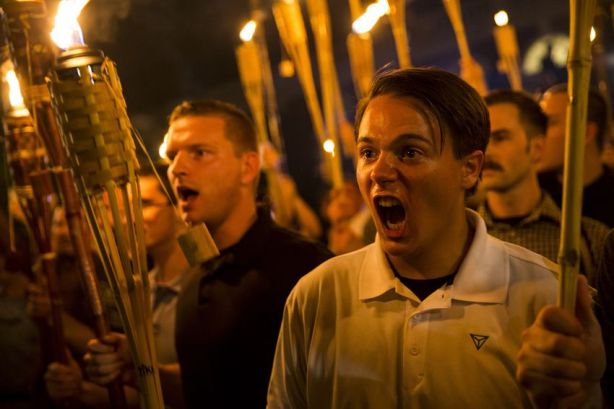 Okay I understand that a lot of people are frightened by terrorism (some of you / us even more than you / we outwardly let on). I understand that this fear is not just about life and death, but about the way you /we/they think certain kinds of terrorism represent a direct threat to the way they/ you/ we live.
So lets start there – You’re scared I get it.
But do not let that fear turn into blind hate, if we want to address terrorism, whether by the “Alt Right Nazis”, “Supremacists” “Islamic” or whatever tendencies lets focus on the politics and power behind it …. lets understand what attracts people to these false ideologies and lets seriously address those, rather than letting fear turns us towards hate. Hate leads to more hate, and will never end the cycle of violence.
History and culture are never static, the world moves on – knowledge increases and changes (although sometimes wisdom is lost) and every generation needs to consider past events in the light of current circumstances and knowledge. What may have been “accepted” at one time may rightly be condemned by future generations, Tony Benn once said: “Every generation must fight the same battles again and again. There’s no final victory and there’s no final defeat”.
In the case of slavery for example, it operated a different form and was underpinned by a different set of ideologies and beliefs under Egyptian, Roman (and other Ancient World) models. Later was re-imagined by Europeans from the 16th & 17th Century onwards, when it became underpinned by the racism that still fuels the “White Supremacists” of today. Now no one can deny the economic wealth brought about in Europe and in the USA through slavery, or the part it played within the global industrial revolution. But equally, no one can deny the human misery and oppression caused through it, and the legacy of racism that still flows as a direct result of it. In the USA the abolition of slavery was at the heart of a Civil War that led to the defeat of the Confederacy of eleven states and deaths of thousands of young men (mainly) who died defending a system of wealth creation that still left them impoverished, whilst living in the false consolation that they were “better” than someone whose skin was a darker shade?
Sadly in 2017 we are having to fight the battles over racism and white supremacy yet again – they are being played out in many places every day, from Charlottesville to Grenfell Tower, and right across the globe.
In the end our survival and that of this planet will rest upon our ability to understand that the world is held together in one humanity (Ubuntu) and one creation; the man made (and they are still “man” made) systems that rule us are disposable as we try and find a path that ultimately might save us and the earth from ourselves and our own destructive tendencies.  Paul describes just this in his letter to the church in Rome around 55AD in it he says:
“Do not be conformed to this world, but be transformed by the renewal of your mind, that by testing you may discern what is the will of God, what is good and acceptable and perfect.”
Romans 12.2
Shalom 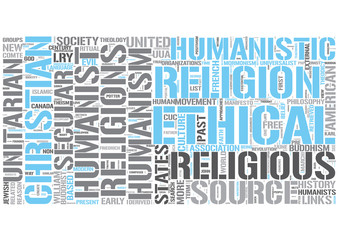 “I believe in one God…” as it says in the Nicene Creed, I believe that man (and woman) have been created in the “image of God” (Genesis 1.7), and I believe that Jesus central mission was to demonstrate that perfect reconciliation of humanity and God, as John Selby Spong once said: “The way you become divine is to become wholly human.”

The trouble is that through our religious practices (of different faiths) we have sought to re-create God in our image, rather than seeing ourselves – our humanity – as a reflection of God. Here lies our biggest collective wrongdoing (our sinfulness if you want), in our attempts to appropriate God for ourselves, we lose the overall sense of God in humanity. We start to seek our own version of God; often we do it within our own particular religious traditions be that Christian, Jewish, Muslim or whatever. Or else, we create for ourselves “false Gods” such as nation, markets, wealth and the like,  in the process we begin to fracture and to devalue that single sense of humanity that holds us all in common throughout time.

This week has seen outrage and uproar over the actions of the newly inaugurated US President Trump, his provocative posturing, and confrontational tone finding early focus around his entry ban on visitors from various “Muslim” nations. It just one example of a reaction to a world that is increasingly fracturing, retreating from consensus and taking refuge behind walls of traditional “certainties”. Our world can seem much safer when the only people we have to encounter are those like us, and if consensus has meant I have been ignored, or if it has led to me feeling unsafe, then why not retreat, why not hunker down and build a wall to protect me and those I care about? Sadly, the effect of such a stance in the longer term is just to further increase division, to feed the insecurities, to fragment us more and more. Of course when such division and fragmentation takes place, there’s always the option of enforcing an appearance of consensus through force – the Pax Romana  has been the default setting for Empire for centuries, and it is likely the 21st Century will see its own versions re-appear.

Our lack of humanity, our inability to see ourselves (and those we love) in others lies at the heart of much of the collective wrongs of this world, it separates us from each other, allowing us to objectify, and oppress the other (whoever that might be). Jesus teaches not simply to “love your neighbour as yourself”* but also to “love your enemies”** – two radical calls to understand our own humanity in terms of how we relate to others. Of course we might fail, of course our own human imperfection might result in us falling short, but the call is there nevertheless – the call to live and love, to share humanity. Jesus words teach and reminds us that my salvation and liberation is linked into the salvation and liberation of others – or to use an African word this is a call to Ubuntu.

Ultimately, nothing we do can take away from the fact that alongside the joy and laughter, life is also fraught with danger, littered with tragedy, and unfairness. Just listen to the Psalmists and how, alongside their praises for God, they wail at the pain that life can open us up to – but somehow they point us to reaching out beyond that pain, to risk love, to trust in the God who points the way back for our own humanity.