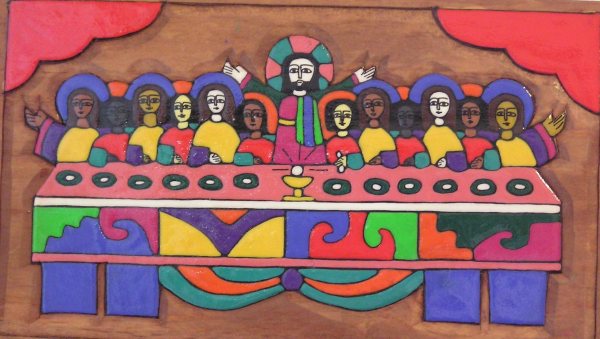 The other day I featured a guest blog from Jane Perry, a good friend and an independent social research consultant, she was the lead author of Emergency Use Only report (Oxfam et al, 2014). It was, I felt, an important and powerful piece from someone who has a real knowledge of the discussions and debate held close to Government circles. In her piece Jane points to some simple policy choices that could make a genuine difference to many who use food banks in the UK  in 2017 .

I want to add to the discussion with some further thoughts around the existence and role that food banks are now playing in UK, today I’m taking part in a round table event at University of Sheffield, (with friends from UTU – Urban Theology Union, and Sheffield Church Action on Poverty) about Theology & Food Poverty and some of the points raised here will also form part of that discussion.

To start, there is sometimes an assumption by many that food banks and churches simply act out of charity and in response to biblical passages such as (Matthew 35.25), and that this at some level makes us complicit in wanting, or needing poverty and food insecurity to continue in order to serve our own desires to “help the poor”. Now clearly charity, and the desire to help alleviate the dire situations many people find themselves in, is part of the motivation, and for some I guess it may not go any deeper, however from my own experience in North Sheffield this has not been our sole approach or intention. We’ve tried to operate much more along a basis of standing in solidarity with our neighbours in need; of listening to and learning from the life experiences we encounter, and importantly being open to being challenged and changed ourselves by the things we share.

As Christians, we should attempt to hold a picture of the food shared through food banks as moving us nearer to an act framed by the Eucharist feast rather than simply an offering of  charity and alms to the poor – food not as a commodity to be bought or earned, but as a gift from God to be shared. Of course that’s not easy,  those of us who operate food banks cannot simply ignore the power (and authority) that roles gives us over others, but we can choose how we hold that power. We can either assume the mantle of serving in some less formalised extension of the welfare system (filled with rules and entitlements), or we can seek to place ourselves, to some degree at least, “at odds” with the system. Some food banks limit the number of referrals any family can have at any time, (often three times in a given period) – we’ve never imposed such a limit, we’ve always said we are willing to offer support, “For as long as the need is there….” still our statistics show that despite this most people rarely come more than 3-4 weeks without a break. For the record, we’ve never (since opening the doors in 2010) turned anyone who has turned up at a food bank session away without food regardless of referral vouchers or the like. Crises, and for most people food banks are still a place to go only when facing a crisis, don’t always stop after three visits (or three weeks) sometimes they can drag on for months. When someone came to us recently and said “I’ve been told by housing they won’t give me another referral because I’ve had my three ….” our response was, “Well here’s some food for this week, go back and tell housing there’s no set limit to how many times they refer you”, and of course we’ve gone back to referrers too and told them the same. We aren’t asking referrers to limit access, simply to assess need, and hopefully to use food bank as a support until they can find a solution.

So why bother with referrals at all you might ask, and it’s a good question. Partly it’s about rationing and managing the food we are given (and also therefore a fear on our part we could not cope adequately with an unrestricted demand), in part it’s about an accountability to those who donate (yes we can say that people coming are genuine and have a defined need), it’s also about making sure support is being given for some of those more “complex” underpinning issues. Knowingly or unknowingly, willingly or unwillingly, food banks operate effectively as a sub-currency, where inadequate incomes are subsidised through food. At their best food banks are turning commodities into gifts and transforming bureaucratic referrals into genuine mutual relationships, where personal complexities can be more fully understood and supported.

There is one big problem with food banks – the problem of normalisation. Increasingly food bank collection points can be found in more and more supermarkets, where shoppers simply add to the stores sales by buying extra to drop in the box. What does this cost the shop? Nothing – in fact it merely adds to the sales figures, and helps tick the corporate responsibility box. Don’t get me wrong those of us running food banks are grateful for every item bought and donated, but the problem is that its all becoming “normal”. We’d hoped that food banks were a temporary phenomenon, it appears they may not be!

In our food bank alone last year we gave out over 2000 food parcels, shocking around 42% of these were for children under 18. Approximately 41% were given out as a result of benefit issues (usually delays or sanctions), and another 38% because of “low income”. The hardship people are facing is real, and it’s long term; I leave the last words to one man who came to our food bank last Friday, he said:  “People are desperate so they need help. ….. I have had no gas since November because of debt. If you have no money you can’t afford to pay for utility bills”  #FoodBankVoices